In this article, we will look at how photogrammetry is being used in point cloud data. 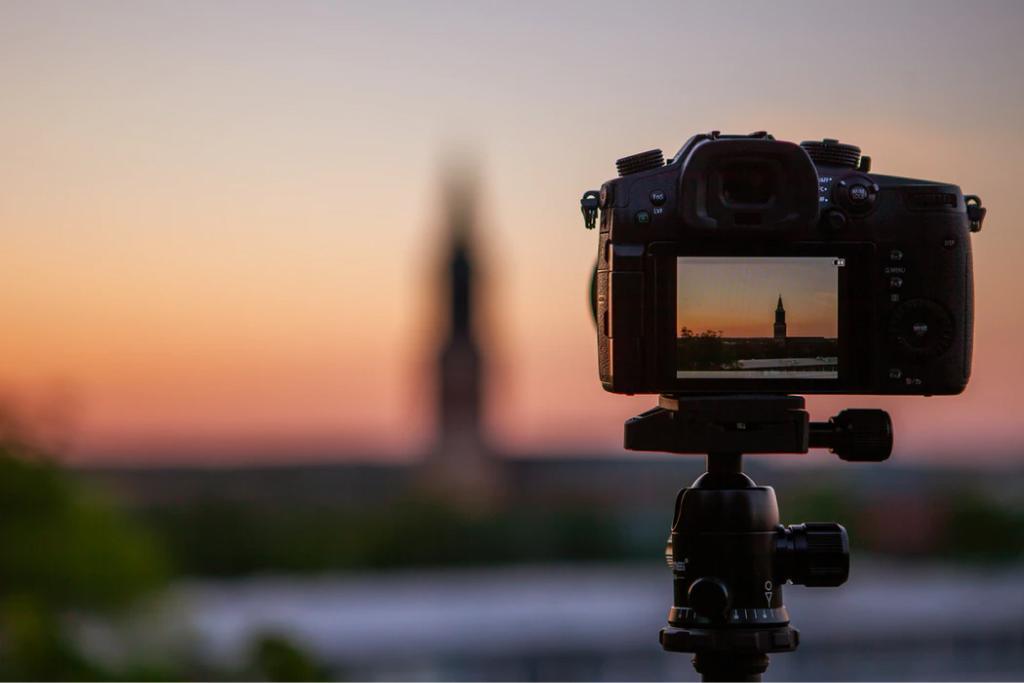 When combined, it is also known as the measurement of light recordings in the form of images. 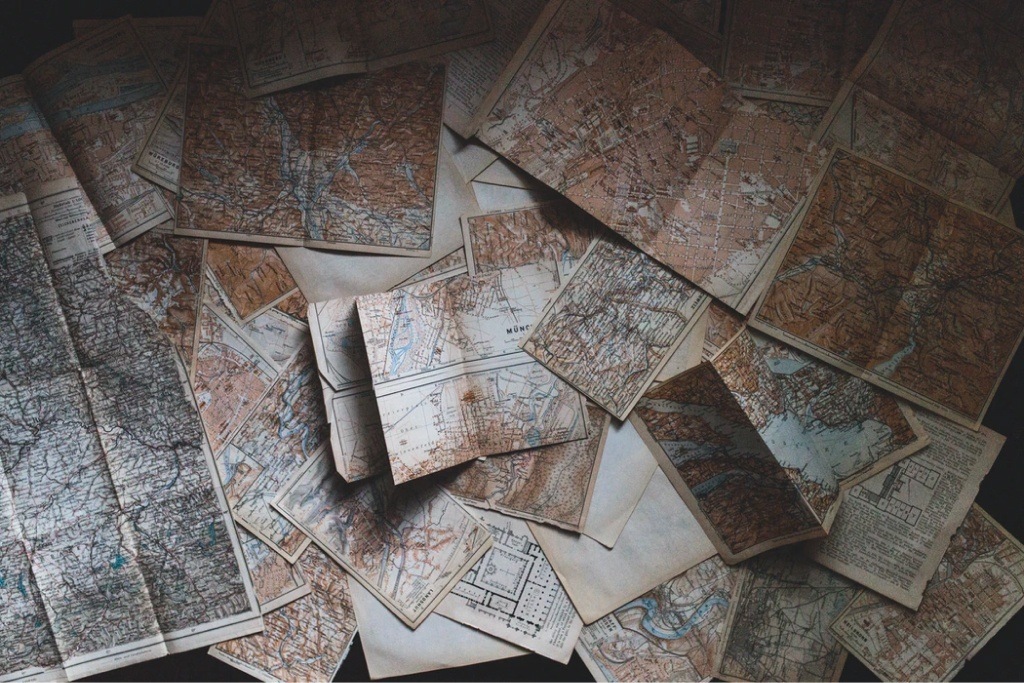 tackWith the help of this technology, surveyors generate depth for mere flat photographs. Thus, the end result is a stereoscopic 3D representation of an area.

Photogrammetry mainly uses the science of geometry and optics to obtain data. Metric and interpretative branches divide it into two.

Metric tackles accurate and precise computations regarding the x, y, and z coordinates of a subject. On the other hand, interpretative touches classification and identification of different attributes seen in the photo. 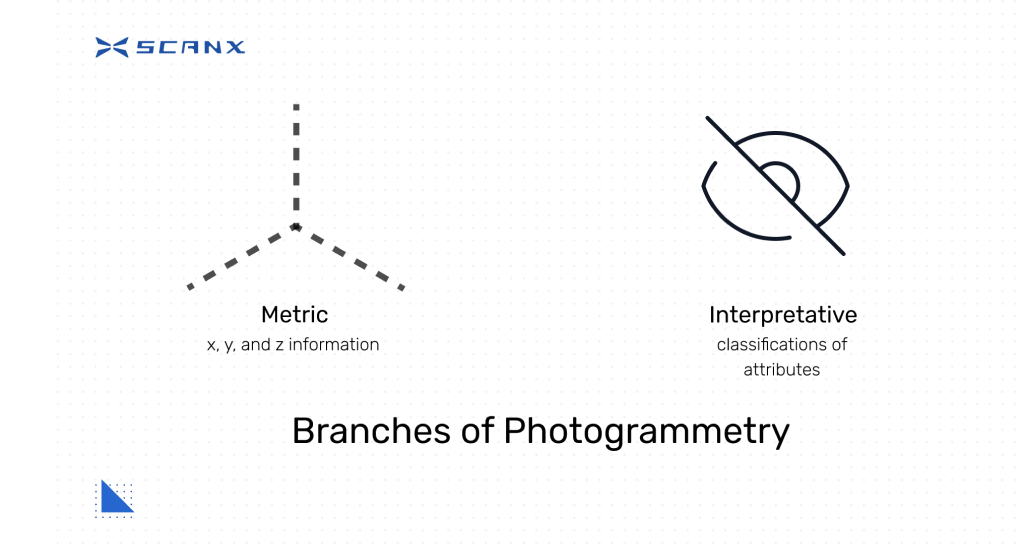 Three things are necessary to start photogrammetry: a camera, a measurement tool, and result storage. The camera is for the capture of multiple images, the measurement is to compare the distances of the photos, and the result storage acts as the medium that deposits observations. 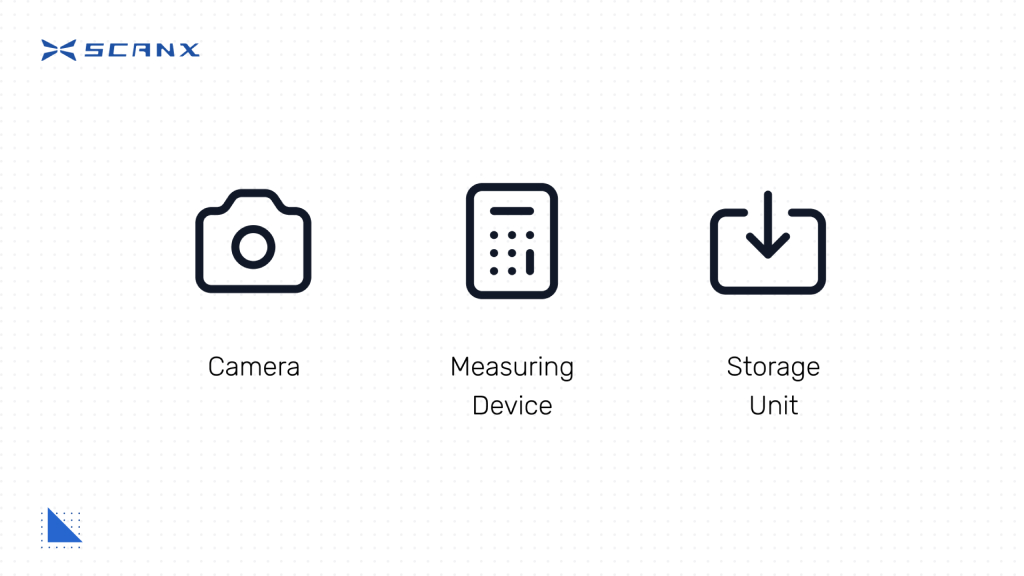 Photogrammetry uses multiple camera views to gauge slight or major differences in measurements. With the help of multiple perspectives, it results to an exact 3D representations.

The same process happens in the human eye. As humans have two different sources of information, we grasp depth, distance, and spatial coordinates.

Since computers are not limited to only two images, they gather and render more precise and accurate data.

Types of Photogrammetry in Point Cloud

Two types of photogrammetry exist, and these are terrestrial and aerial.

When a camera is handheld or attached to a tripod and then used to gain measurements inland. It uses ground-based photographs for recording. 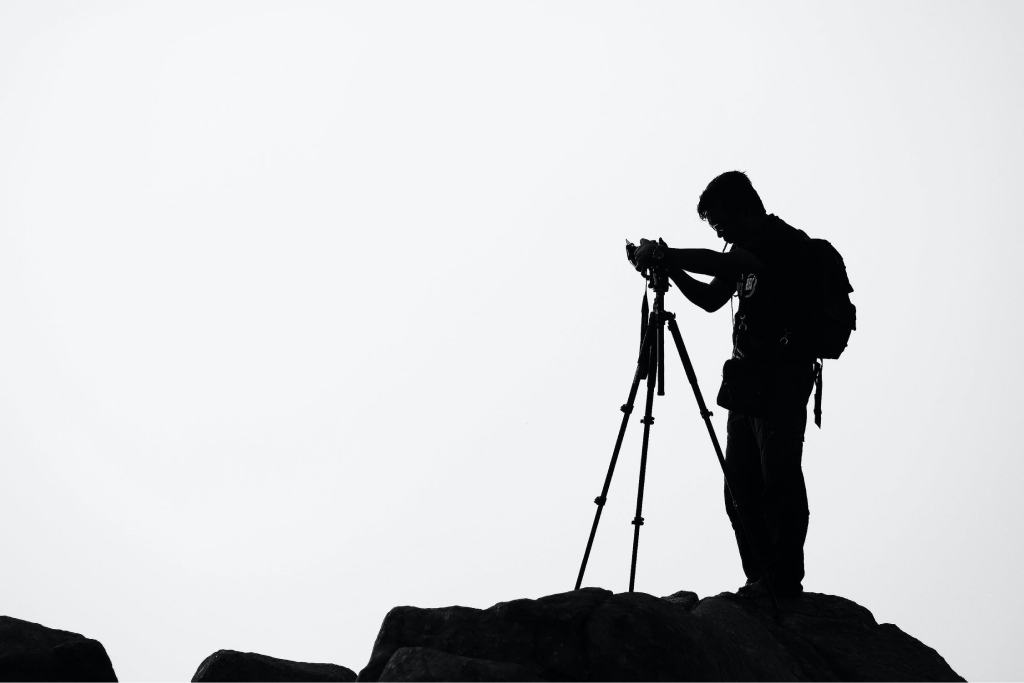 On the other hand, cameras attached to vehicles capable of flight such as UAVs, hot air balloons, or drones identify as aerial photogrammetry tools. 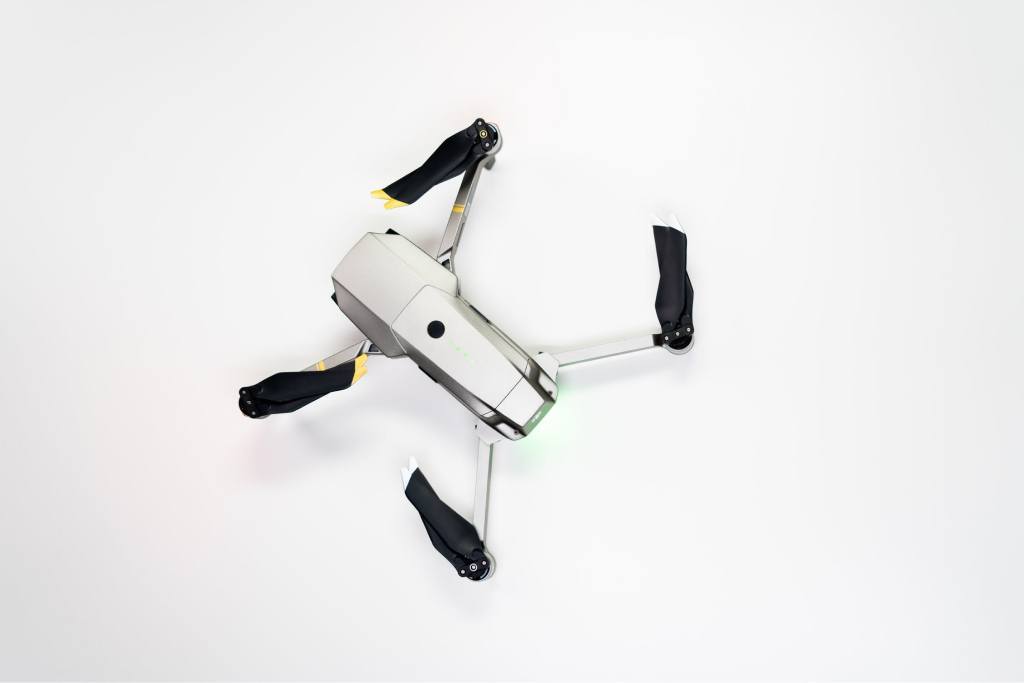 Both types are applicable in point cloud data generation. However, it should be noted that aerial data gathering is faster while terrestrial is slower but more precise.

To greatly benefit from the point cloud measurements taken from a photogrammetry process, post-processing is necessary.

Platforms that allow classification of objects, conversion to 3D models enable this to happen, including clean-up of noise in each data set.

While traditional processing software is widely used for these tasks, they present many limitations. First, they require heavy-duty workspaces to accommodate the rendering process. Another is that licenses for these platforms usually cost thousands of dollars.

ScanX, a web-based point cloud post-processing software, removes these cons. It is an easy-to-use, intuitive, and collaborative system full of automated workflows.

Photogrammetry vs. LiDAR in Point Cloud

One major advantage of LiDAR with photogrammetry is its core concept. While LiDAR relies on lasers generated by a scanner, photogrammetry has no inherent light source and only bases on captured images.

Another is that LiDAR can penetrate between gaps of different objects such as vegetation. This enables better surveying in cases where many leaves or trees are present.

In terms of color accuracy, photogrammetry is superior since it makes use of already captured photos to generate digital twins. This is not present in LiDAR since it uses laser bits to get an overall sense of an area. Thus, photorealism is possible when dealing with photogrammetry.

Another major difference is that LiDAR has a faster processing speed, and its measurements are less taxing to compute since timing systems, GPS, and IMUs are already embedded.

Nevertheless, both photogrammetry and LiDAR are still widely used in point cloud data creation. Some industries even combine these two tools to compensate for color accuracy and processing times.

Aerial photogrammetry has great usage in disaster response. With data taken from calamity-hit areas, it processes the amount and volume of debris for better search and rescue.

Above is a laser scan taken at the onset of a mudslide disaster in Atami City, Shizuoka that was post-processed with ScanX. With the swiftness and accuracy of our platform, concerned Japanese organizations, as well as the government, quickly responded to address issues. Not only that but the total damages was also estimated. 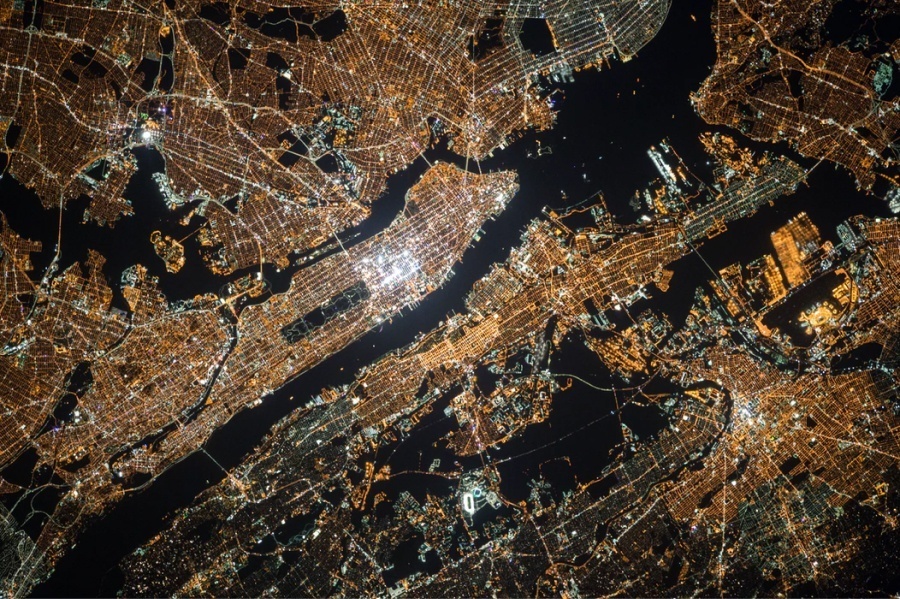 Photogrammetry is very beneficial for surveyors, civil engineers, and geodetic engineers as they can get accurate data of an environment even if they are not on-site. As a contactless technology, human presence is not necessary to complete a data capture process. 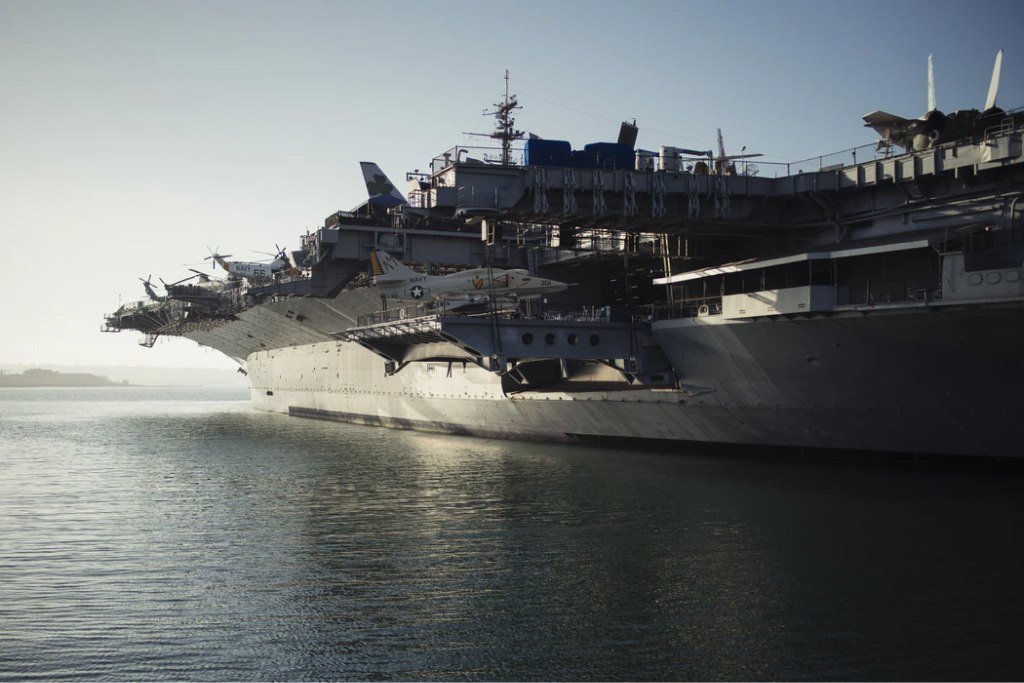 Photogrammetry enables the safe execution of missions for military personnel. It tracks locations, determine the best paths, and gauge distances between different subjects in the field. 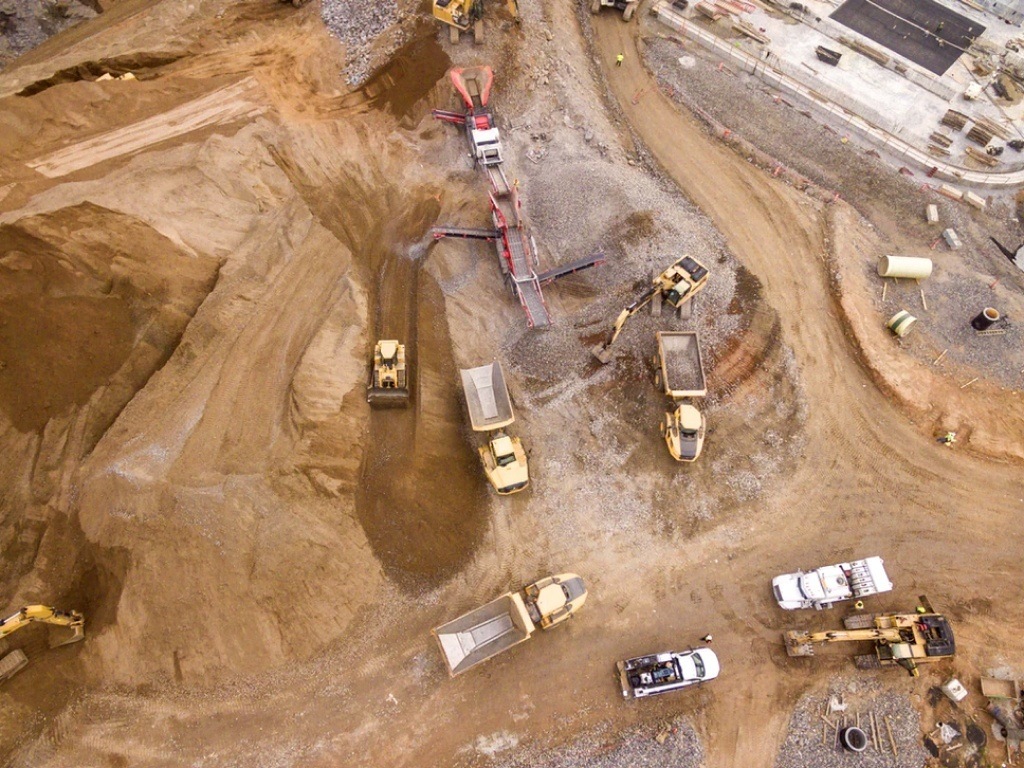 Mining benefits from photogrammetry as obtained point cloud data calculates volumes of stockpiles and minerals in a specific zone. It can also remove common workplace hazards through virtual and digital inspections.

Softwares gather total area and canopy sizes with processed point clouds from photogrammetry. Powerful tools such as ScanX can even segment trees separately to count them or determine their respective trunk size, tree height, and even diameter.

ScanX is an amazing web-based platform that uses advanced algorithms to process point clouds taken from photogrammetry. It features an intuitive and easy-to-learn platform that encourages collaboration. 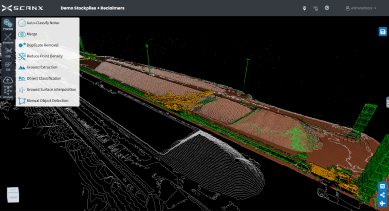 See how our platform can benefit your 3D Laser Data.

Be more productive with ScanX.

Focus more on your business by integrating collaborative and automated workflows to your industry. Try our 14-day free trial today!
No credit card information required.

Try it for Free
Explore Plans

Data is private and encrypted in a secure environment.

Share and Collaborate point cloud data on your web browser.

We use cookies on our website to give you the most relevant experience by remembering your preferences and repeat visits. By clicking “Accept All”, you consent to the use of ALL the cookies. However, you may visit "Cookie Settings" to provide a controlled consent.
Cookie SettingsAccept All
Manage consent

This website uses cookies to improve your experience while you navigate through the website. Out of these, the cookies that are categorized as necessary are stored on your browser as they are essential for the working of basic functionalities of the website. We also use third-party cookies that help us analyze and understand how you use this website. These cookies will be stored in your browser only with your consent. You also have the option to opt-out of these cookies. But opting out of some of these cookies may affect your browsing experience.
Necessary Always Enabled
Necessary cookies are absolutely essential for the website to function properly. These cookies ensure basic functionalities and security features of the website, anonymously.
Functional
Functional cookies help to perform certain functionalities like sharing the content of the website on social media platforms, collect feedbacks, and other third-party features.
Performance
Performance cookies are used to understand and analyze the key performance indexes of the website which helps in delivering a better user experience for the visitors.
Analytics
Analytical cookies are used to understand how visitors interact with the website. These cookies help provide information on metrics the number of visitors, bounce rate, traffic source, etc.
Advertisement
Advertisement cookies are used to provide visitors with relevant ads and marketing campaigns. These cookies track visitors across websites and collect information to provide customized ads.
Others
Other uncategorized cookies are those that are being analyzed and have not been classified into a category as yet.
SAVE & ACCEPT
Share This